Suggestion is a three piece Tampa metal band consisting of King Bong on guitar and vocals, Frank Wolfman on drums, and Malcolm Sects on bass. Their music is a combination of thrash inspired guitar riffs; extreme metal vocals; heavy, driving drum patterns; and reckless funk inspired bass lines. This unique blend of influences has created a new genre, dubbed Death Funk, which explores the funkier side of extreme metal.

The members of Suggestion are often thought to be mere men in costumes- a quick glance at their social media and extensive Youtube history proves otherwise. King Bong and Frank's origins are mostly unknown- even to the band themselves. They claim to be benevolent interdimensional beings sent to prevent worlds from breaking apart, and have had their memories altered by a nefarious alien force hellbent on preventing their mission.

The original incarnation of Suggestion had two additional members- one of which was the aforementioned alien presence who sought nothing more than the total ruination of the band and their mission. This previous version of Suggestion played many live shows around the Tampa Bay area, and released their first album, "All for Nathan?", in 2011. The disbanding of the original Suggestion threw both King Bong and Frank Wolfman into dire straits, with the front man leaving Tampa and taking residence in their managers shed in Tallahassee.

The cataclysmic events of 2020 brought the band back out of hibernation. In the face of global lockdowns and despotic tyrants, Suggestion remembered their original mission and sought to reveal the truths that are too often hidden from humanity. Their newest release, the Think About Sects EP, shines a light onto these secrets that our reptilian overlords would rather leave in the dark.

Many mysteries have yet to be revealed as the members of Suggestion recover their memories and grow their ranks. One thing that is known, however, is that the fate of humanity itself is tied to the extraterrestrial presence known only as Suggestion. 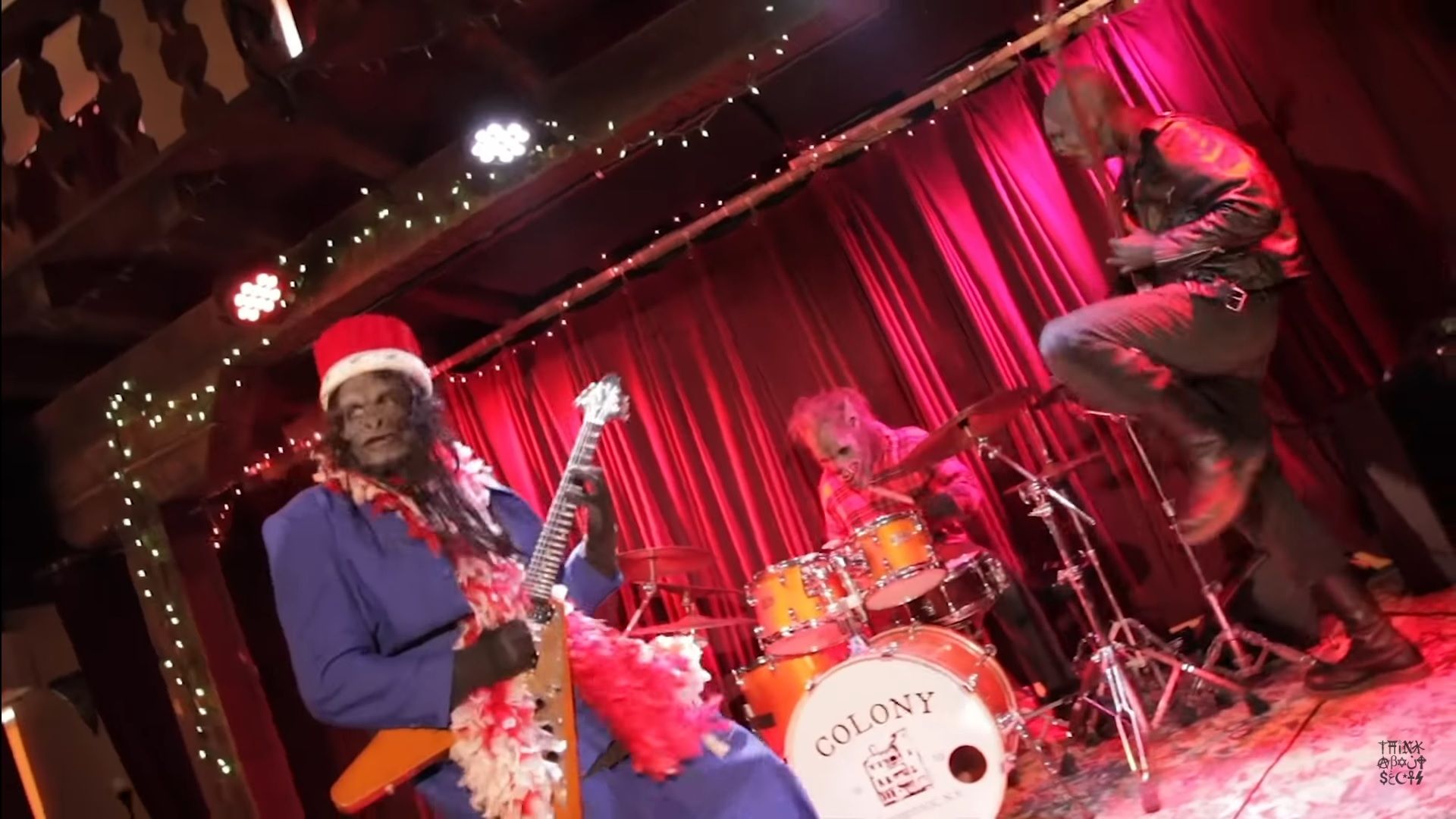